In 1533, Willem Goudt commissioned the conversion of Int Nortende, a mediaeval manor house on the outskirts of The Hague, into a stately mansion fit for nobility. Synonymous with the House of Orange since 1591, the building has gradually developed into the Noordeinde Palace we know today. 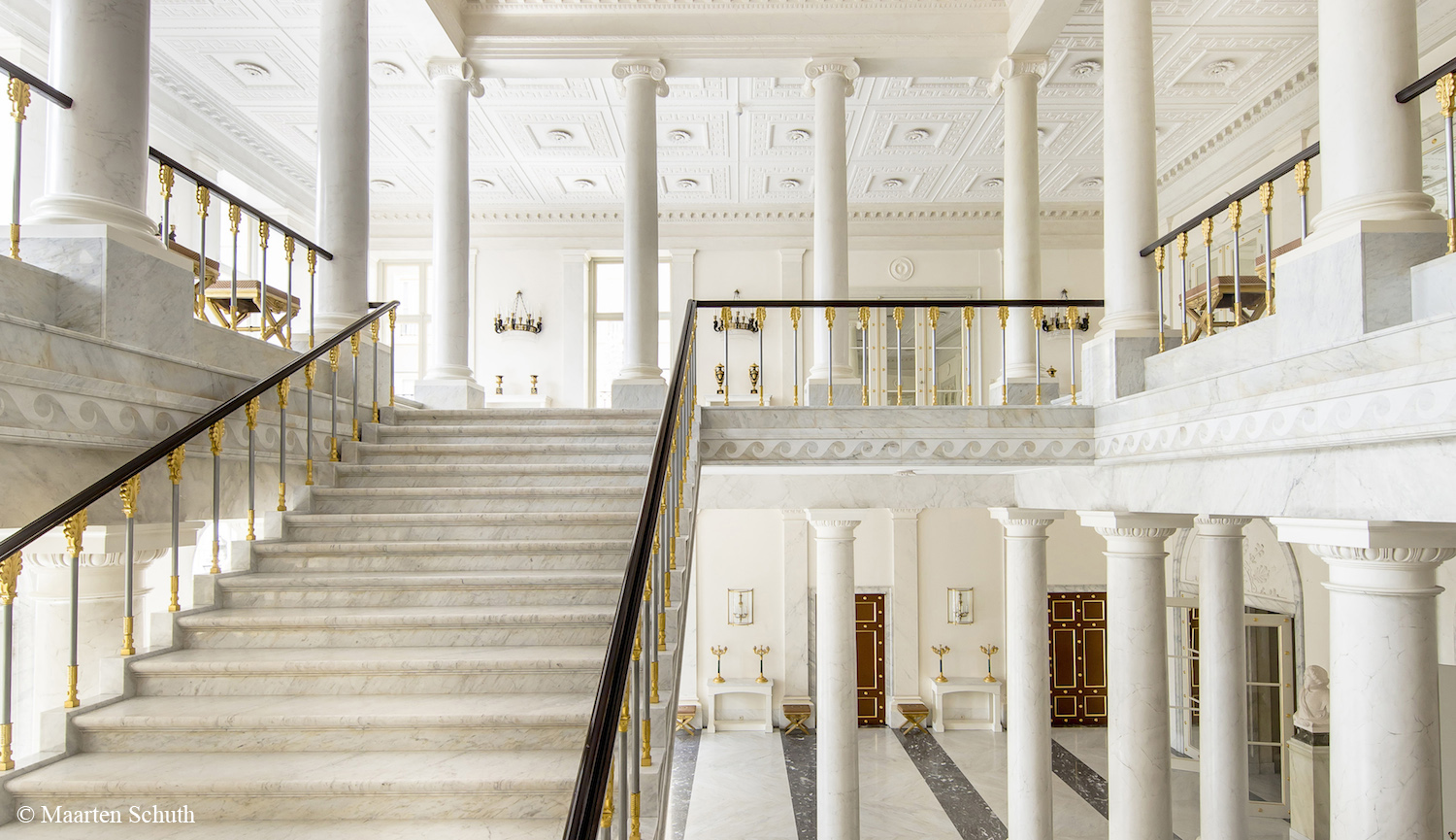 The first members of the House of Orange to live here were Louise de Coligny, widow of the first William of Orange, and their son, Prince Frederick Henry, who moved here in 1591. Originally it was the States of Holland, the provincial government, which rented Noordeinde for “Her Excellency with Her son and family”. As a token of their gratitude for his father’s services to the nation, in 1609 the States, now owners of the smart residence, gifted it to Frederick Henry. This former resident is commemorated with this portrait by Gerard van Honthorst, which now hangs in the front entrance hall. Click on the image to see the full painting and to find out more about the portrait, the artist and his studio.

The central section of the palace, the so-called corps de logis, has always contained the most important reception rooms. Let us show you these and some of the objects you can find in them. Over the years, what is now the Rear Reception Room has had a variety of functions. In the early nineteenth century it was known as the Marshal’s Dining Room, but King William III had it converted into a library soon after his investiture in 1849. Some time after 1898 it became a silver safe. Today it is used for small formal receptions and is also placed at the disposal of dignitaries staying in the palace’s adjacent guest wing. Above the green malachite console table hangs Otto Eerleman’s painting of the Wedding of Queen Wilhelmina and Prince Henry on 7 February 1901 in the Grote Kerk (Great Church) in The Hague. The glass cases display a changing selection of tableware and silverware. At the moment you can see items from the Russian Guriev service, given to Queen Anna Pavlovna in 1816 by her brother, Tsar Alexander I, as part of her trousseau. 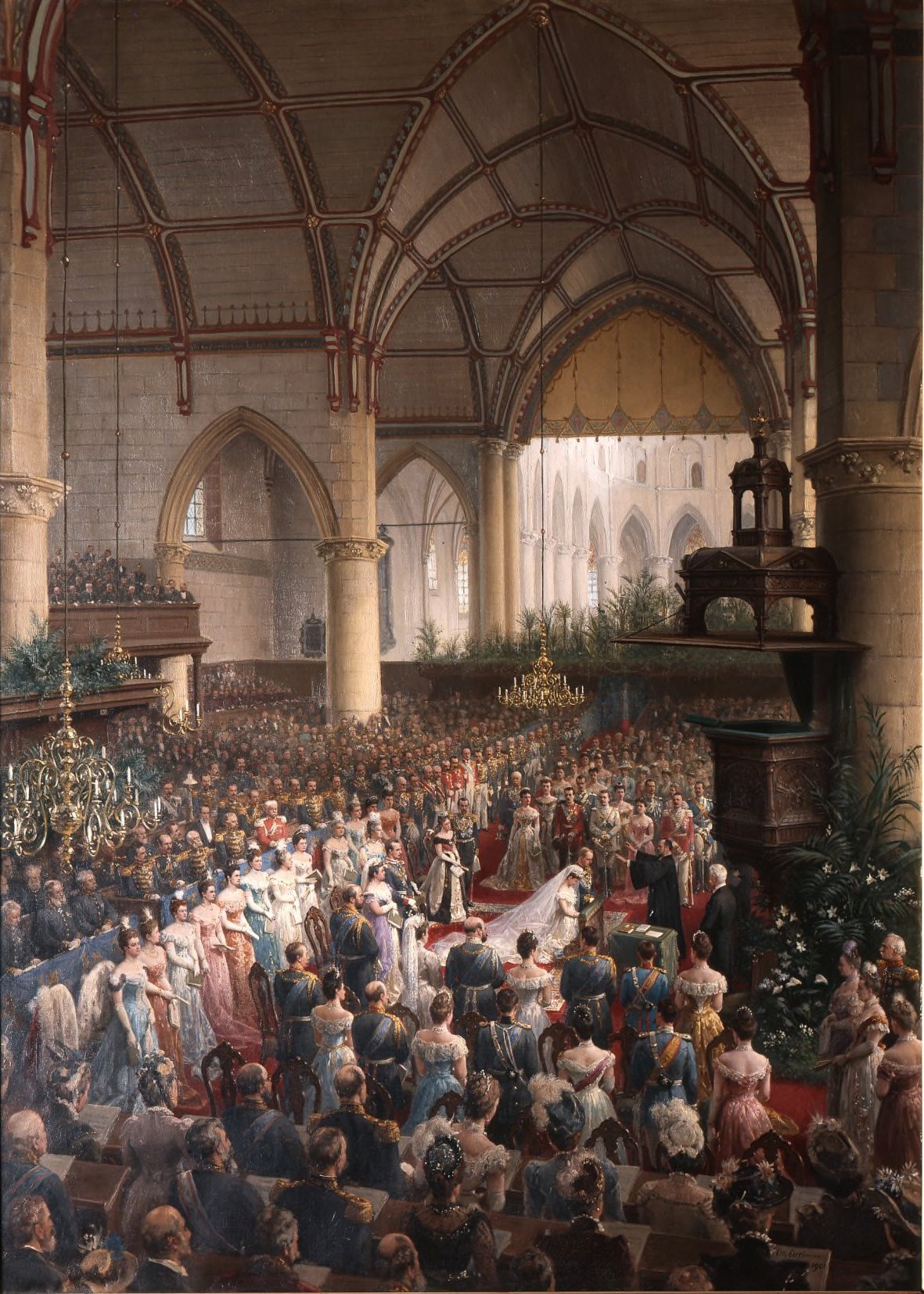 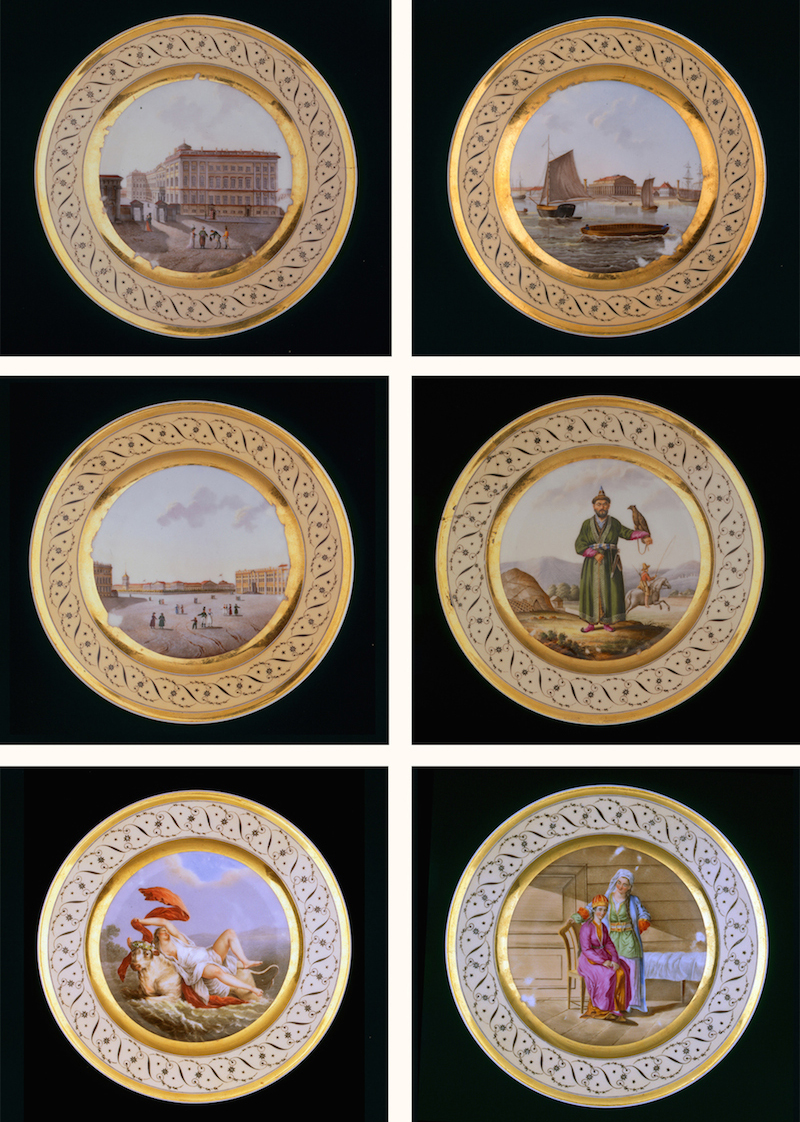 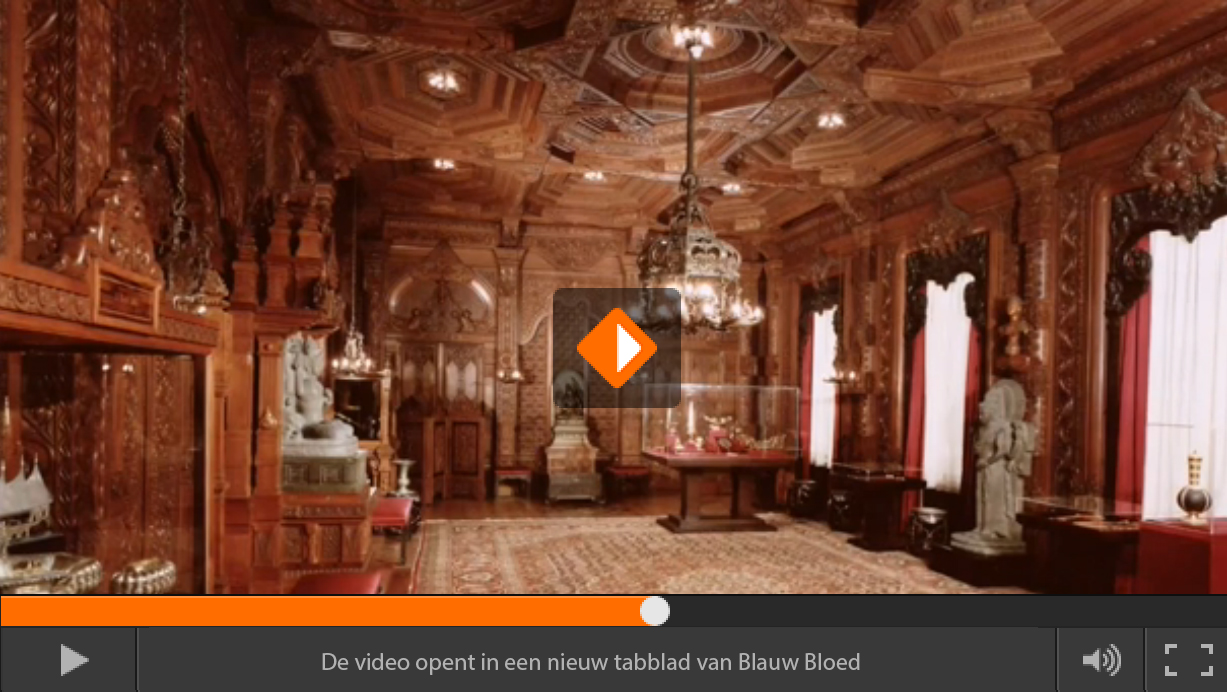 To celebrate the marriage of Queen Wilhelmina and Prince Henry in 1901, the government of the then Dutch East Indies decided to give the couple a rather unusual wedding present: an East Indies Room for Noordeinde Palace. Royal Archive director Flip Maarschalkerweerd explains more about that unique project in this excerpt from the television programme Blauw Bloed.

Once the queen had approved the architectural drawings by design committee chairman L. J. C. van Es, work could begin. Two existing rooms on the ground floor were knocked through to make space for the exotic gift. To produce its individual wooden elements, more a thousand of them in all, woodcutters from all over the Indonesian archipelago were brought its capital, Batavia. The teak panelling features traditional Javenese Hindu and Buddhist motifs as well as contemporary Javanese carvings. The showcases contain gifts presented to members of the royal family by Indonesian royalty over the years, such as this golden rattle for the infant Princess Beatrix. Nowadays, this beautiful room is used quite regularly for small receptions. Visitors are welcome to admire this exquisite but fragile room from the doorway. For a closer look at its marvellous details, you can explore the room in a virtual tour. 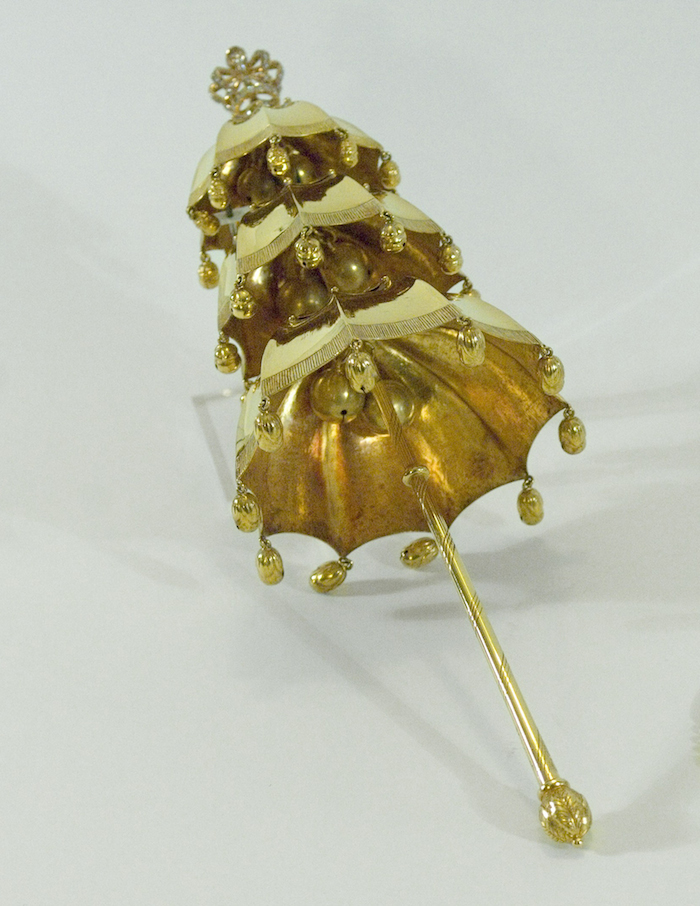 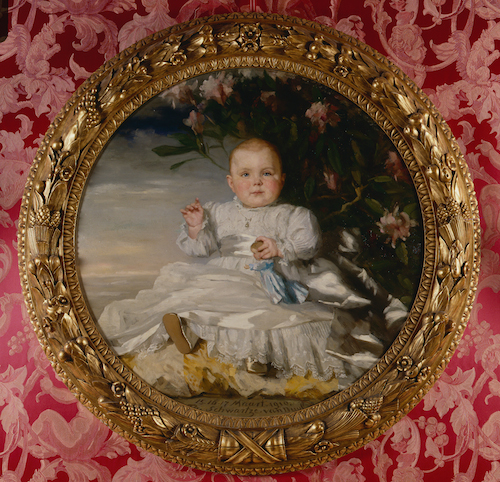 In the antechamber to the Putti Room on the first floor, perhaps the most eye-catching feature is the bold, round Portrait of Princess Juliana as a Baby by Thérèse Schwartze. This endearing work was painted to mark the birth of the princess in one of the adjacent rooms in 1909. The Putti Room itself was originally designed for Queen Sophie in the mid nineteenth century. It is now used by King Willem-Alexander and Queen Máxima for their weekly meeting with senior palace officials.

What is now the Green Antechamber was originally red. The most striking detail in this room is the marble mantelpiece with the monogram “W” (for King William I) and the national coat of arms. This fireplace may be one originally supplied by Lefebvre in 1817 for a throne room which was never built. On either side are portraits by the Belgian painter Jean-Baptiste van der Hulst: on the left the young brothers Prince William (the later King William III) and Prince Alexander and on the right their brother and sister, Prince Henry and Princess Sophie. 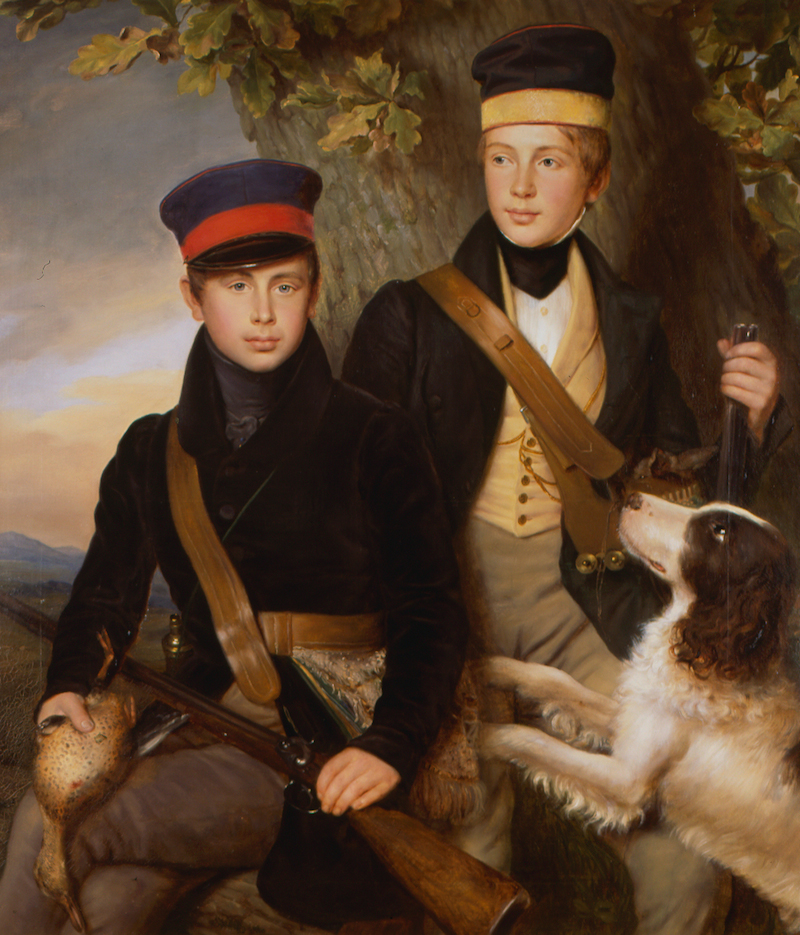 At just over 24 metres, the Gallery is the second-longest room in Noordeinde Palace. Able to seat up to 74 guests, it is used regularly for formal dinners. Along the rear wall, opposite the windows, hang five large portraits painted by Jean-Baptiste van der Hulst between 1830 and 1836. Originally intended for the Brussels palace of the Prince of Orange (the later King William III), they depict the children, two daughters-in-law and a granddaughter of King William I. The matching portraits of King William I and Queen Wilhelmina can be seen in the Royal Staircase at the end of the palace tour.

The Balcony Room is often used by the King on Wednesday mornings, when newly appointed ambassadors present their credentials. It was also here, in 2013, that the then Prince Willem-Alexander and Princess Máxima gave a lengthy television interview on the eve of his investiture. As the name suggests, this room opens onto the balcony where the royal family traditionally makes an appearance after the annual King’s Speech to Parliament. Another prominent feature is this Empire vase, an object with a fascinating story. 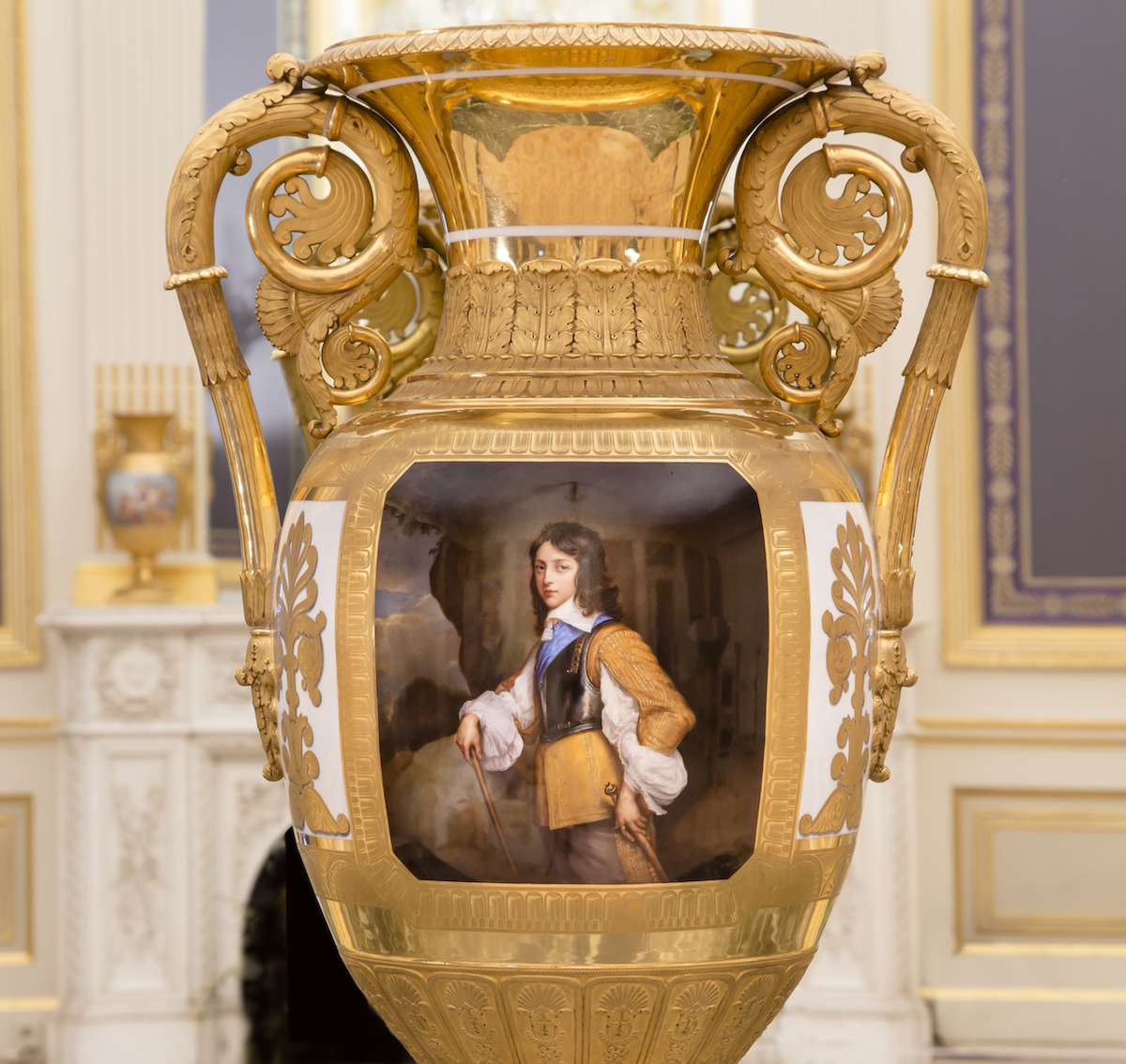 Would you like to take another stroll through the palace and admire the Grand Ballroom with its magnificent chandeliers? Or see the royal coaches close up? Now you can, thanks to the virtual tour of Noordeinde Palace and the Royal Stables on Google Street View. 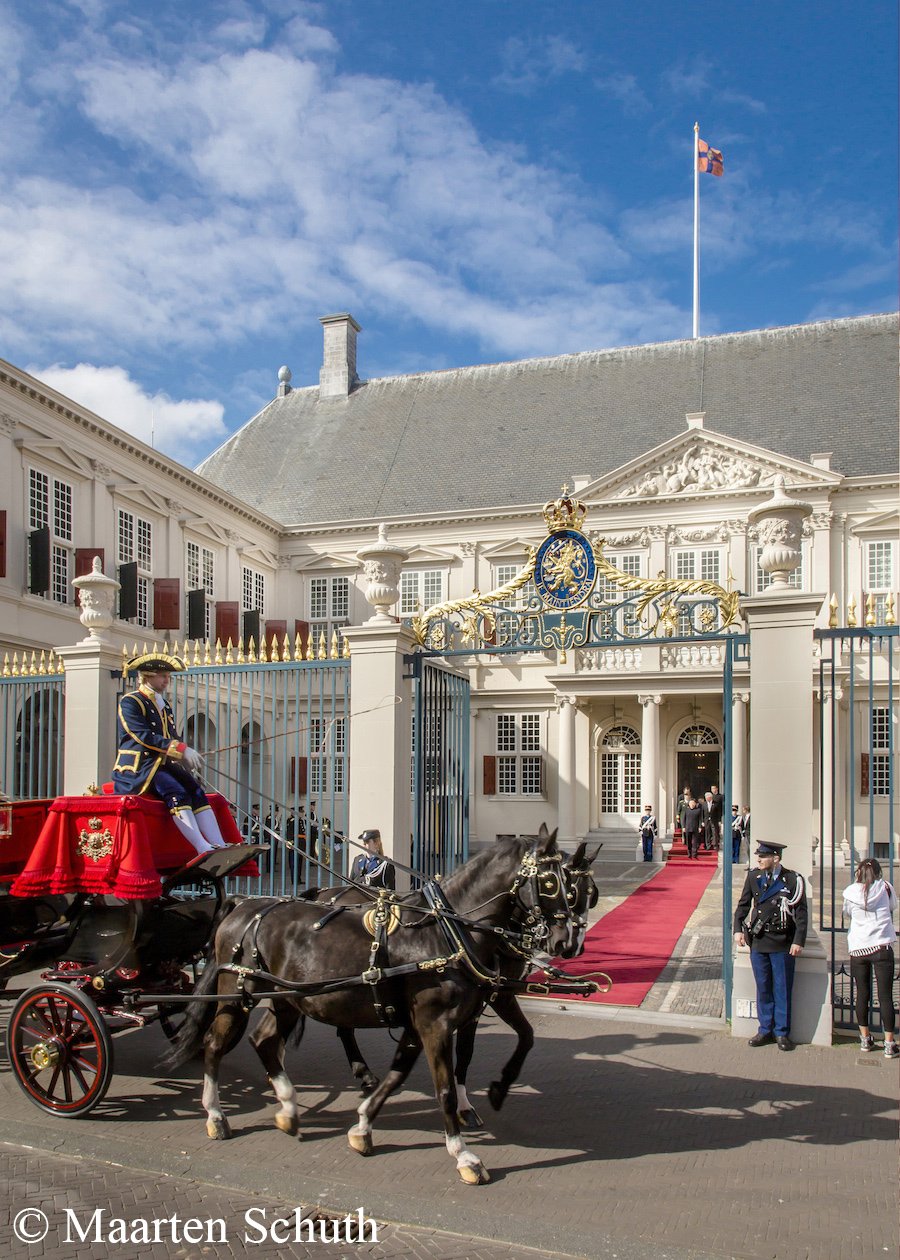 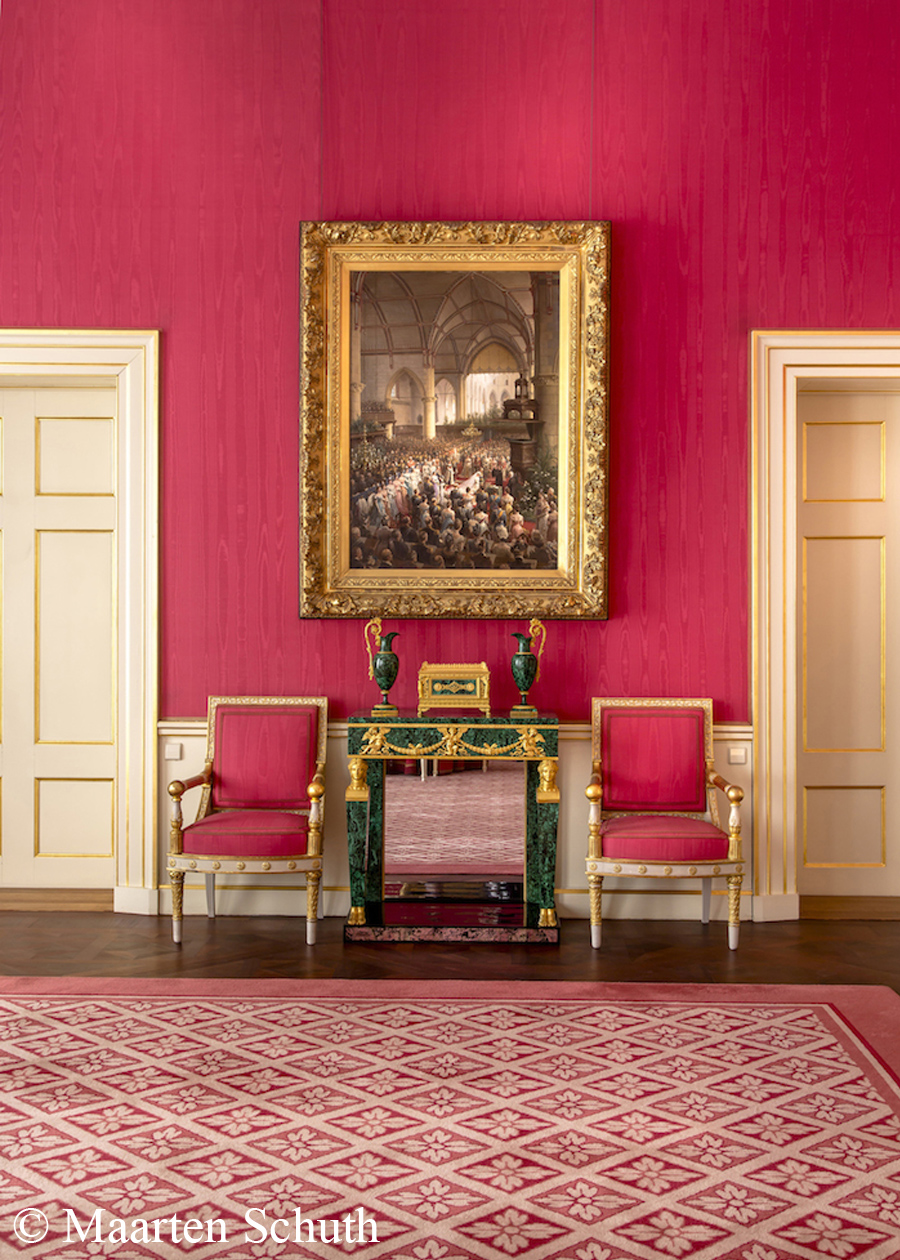 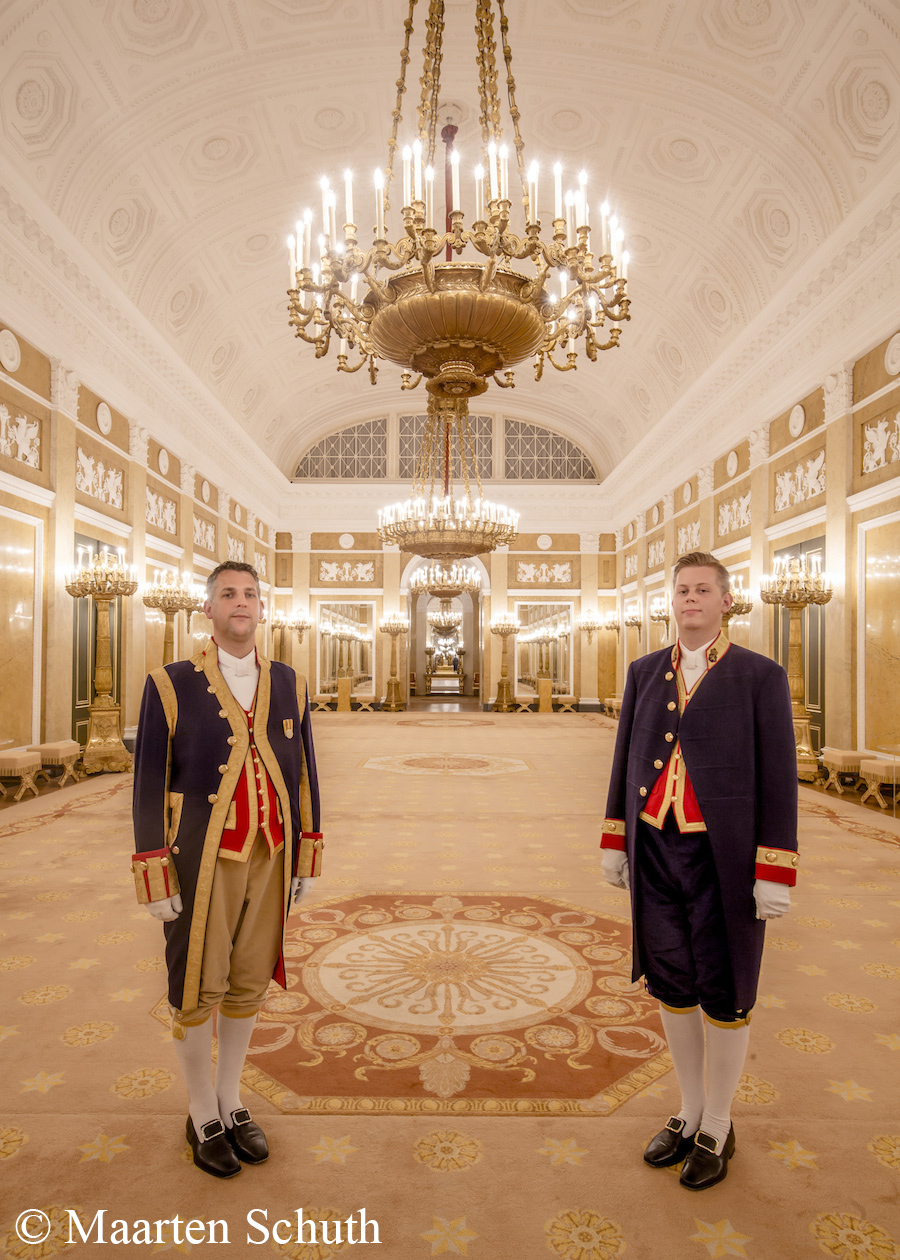 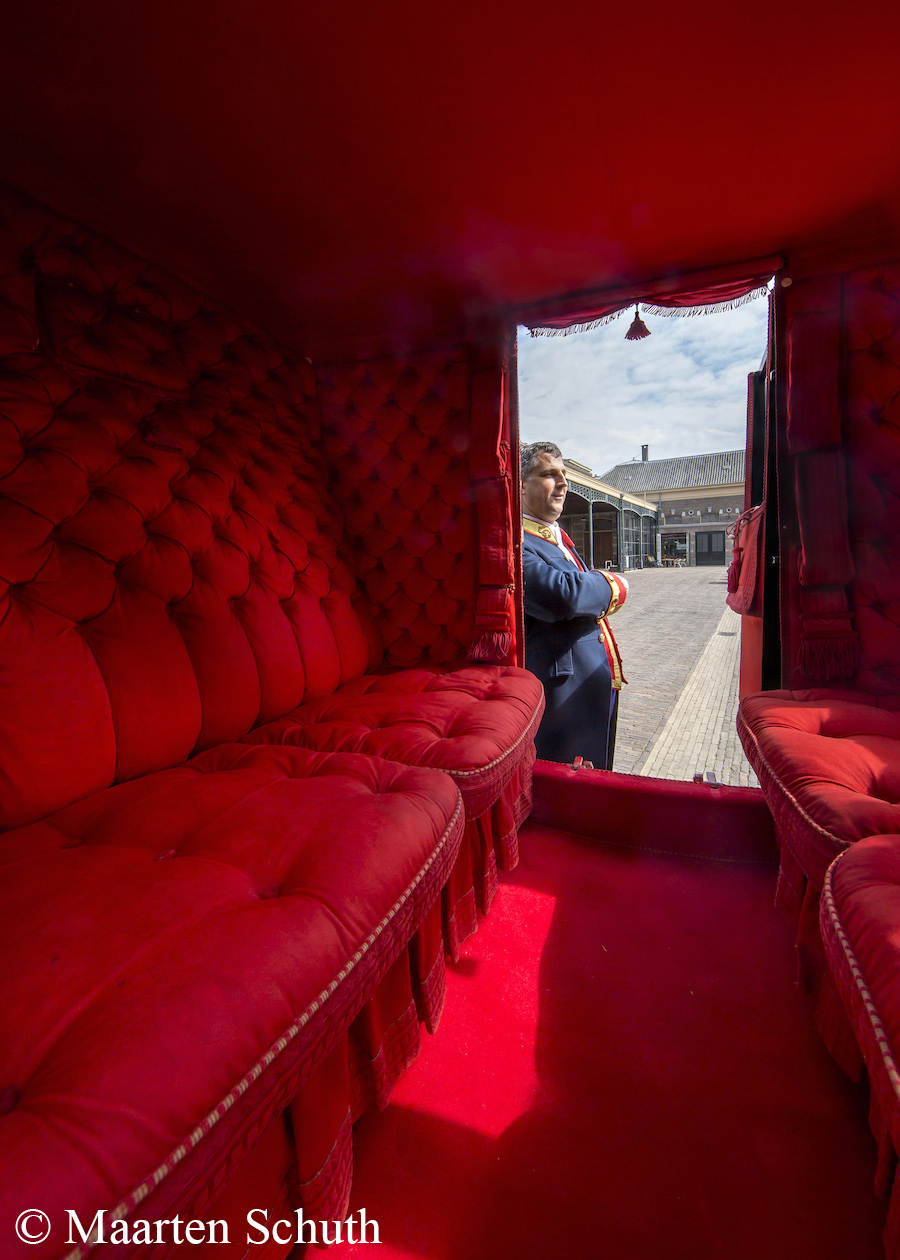